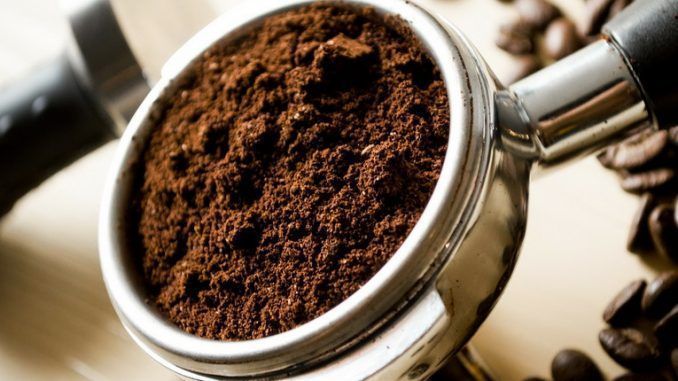 Four cups of coffee a day protect the heart muscle

Caffeine intake has been associated with a lower risk of several chronic metabolic diseases such as cardiovascular disease (stroke and ischemic heart disease) and type II diabetes. The current study, which was conducted at the Heinrich-Heine-University and the IUF-Leibniz Research Institute for Environmental Medicine in Duesseldorf, Germany, shows that caffeine, at a concentration equivalent to in four cups of coffee, it works to enhance the mitochondrion’s entry of a protein called p27.

Four cups of coffee could save your life

This protein effectively promotes mitochondrial function. It protects the cells of the heart and blood vessels from damage. The study was recently published in the journal PLOS Biology . Previous research by the same scientists revealed that caffeine improves the function of the endothelial cells that line the cardiovascular system.

This was seen to occur at normal, safe doses and was related to the mitochondria.

Following the study, the scientists focused on the protein p27, better known as a cell cycle inhibitor, and found that it was present in the mitochondria of all major cell types in the heart. The p27 protein prevents cell death in heart muscle cells, encourages endothelial cells to migrate, and promotes maturation of fibroblasts into contractile cells. These processes are vital components of heart muscle repair following a heart attack.

Caffeine promotes this repair by facilitating the first step, i.e. the entry of the p27 protein into the mitochondria, at physiological levels. This protective effect against heart damage is seen in aged, obese, and prediabetic mice. Our results point to a novel mode of action for caffeine, one that promotes heart muscle protection and repair through the action of mitochondrial p27.

These findings should lead to better strategies to protect heart muscle from damage, including consideration of coffee or caffeine consumption as an additional dietary factor in the elderly population.

Coffee and the reduction of diabetes

” After studies would have shown that drinking coffee reduces the risk of diabetes, the risk of colon cancer, it also protects against gum and dental diseases and would also be useful for eyesight, now it has been discovered that the black drink has a further positive effect. According to new research by scientists at O. j. Kennedy of the University of Southampton in England, it was “discovered that the consumption of two cups of coffee a day can have protective effects against cirrhosis of the liver up to 44 percent. According to what the authors of the study in the scientific journal said “ food Pharmacology and therapeutics ”, the consumption of the drink, known since ancient times, has in fact been associated with a significant reduction in developing liver cirrhosis.

The researchers came to these conclusions after examining the data of 432.000 patients, collected during visits carried out during eight of the nine studies. Drink coffee to also protect the liver from diseases such as cirrhosis. With liver cirrhosis, the liver slowly deteriorates and no longer works due to chronic lesions.

The scar tissue replaces the healthy liver tissue, partially blocking the flow of blood directed towards the liver. A healthy liver is able to regenerate most of their cells when they are damaged; In the case of cirrhosis, the liver can no longer effectively replace damaged cells.

A healthy liver is necessary for survival

Hepatic cirrhosis has various causes, in industrialized countries, alcohol consumption and hepatitis C are the causes
Most common. Obesity is also becoming a common cause of liver damage, or as a single cause
or in combination with alcohol or with hepatitis C, or both. Many people who suffer from cirrhosis
have more than one cause.

In addition, cirrhosis is the twelfth leading cause of disease-related death in the United States, which
corresponds to 27.000 deaths every year. The disease affects men more frequently than men
women. But Giovanni D’Agata, president of the “Rights Window”, recalls that it is always better not to
exaggerate with the abuse of any substance due to the side effects that it can cause.