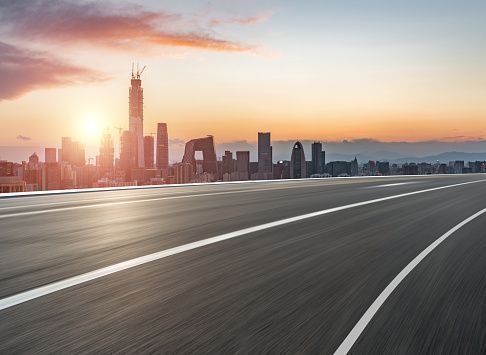 Rome, the Eternal City chosen as the world capital of diabetes 2017

Announcement during the conferenceSustainable cities promoting urban health”, organized in Rome by the Embassy of Denmark, in collaboration with the Ministry of Health, Higher Institute of Health, SDU-National Institute of Public Health of Denmark, ANCI, Health City Institute, Danish Healthy Cities Network, under the aegis of the Presidency of the Council of Ministers

Rome is the metropolis chosen for 2017 by the Cities Changing Diabetes ® program, the initiative created in partnership between University College London (UCL) and the Danish Steno Diabetes Center with the contribution of Novo Nordisk involving national institutions, local administrations, academic world and third sector, with the aim of highlighting the link between diabetes and cities and promoting initiatives to safeguard citizens’ health and prevent disease.

The announcement was made today during the conference “Sustainable Cities Promoting Urban Health”, organized in the capital by the Embassy of Denmark in collaboration with the Ministry of Health, Higher Institute of Health, SDU-National Institute of Public Health of Denmark, ANCI-National Association of Italian Municipalities, Health City Institute, Danish Healthy Cities network, under the aegis of the Presidency of the Council of Ministers.

“In 1960 one third of the world’s population lived in cities. Today it is more than half and in 2050 it will be 70 percent. At the same time, around 400 million people suffer from diabetes and this is expected to increase to 600 million in 2035,” he says Erik Vilstrup Lorenzen, Ambassador of Denmark. The task is clear: to fight diabetes it is necessary to increase attention on health and urban development in order to create ‘livable cities’.

In short, we need to create an urban environment that promotes health as a fundamental part of cities’ infrastructure and functions. In Denmark, especially in Copenhagen, we have extensive experience in making the city more livable with a focus on cycling as a transport method to encourage physical activity. In the city of Copenhagen alone there are over 360 kilometers of cycle paths. But promoting cycling is only part of a multidisciplinary approach that involves many stakeholders: civil society, the public housing authority, schools, patient associations and many others.

Copenhagen recognizes the challenges of urban health and has invested in the need to create positive physical environments that actively encourage improved health and well-being. In Copenhagen, public health is a shared responsibility of the whole city, and all administrations work towards supporting health and reducing health inequality. All of this involves urban planning, but also daycare, after-school programs and employment and social areas.

Local and national policies and planning (education, work and residential sector included), are recognized as priority elements in health promotion “.

Over 3 billion people in the world today live in metropolitan cities and megalopolises: Tokyo has 37 million inhabitants, New Delhi 22 million, Mexico City 20 million. 10 years ago, for the first time in the history of humanity, the world population living in urban areas exceeded the threshold of 50% and this percentage is growing, as indicated by estimates by the World Health Organization. In 2030, 6 out of 10 people will live in large urban agglomerations, in 2050 7 out of 10.

“This is a trend which, in fact, has been changing the face of our planet over the last 50 years and which must be assessed in all its complexity. Large masses of people are concentrated in large cities, attracted by the mirage of well-being, employment and a different quality of life, and the global urban population, especially in small and medium-sized countries, is growing year after year”, he explains Andrea Lenzi, coordinator of Health City Institute, Group of experts who recently developed the manifesto “Health in the cities: common good”, to offer local institutions and administrations ideas for reflection to guide them in the study of health determinants in urban contexts.

What a planet Earth will therefore be waiting for in 2050? How our cities will evolve? Governments will be able to respond to the growing demand for health?

In fact, we must take note that it is an unstoppable social phenomenon and an irreversible tendency, which must be administered and also studied from numerous points of view such as urban structure, transport, industrial and employment context and above all health.

“The cities themselves and their development model are today at the forefront in the fight against critical issues connected with the growing inurbance and, of course, public health occupies among them a place of primary importance,” he says Enzo Bianco, President of the National Council of ANCI and Mayor of Catania.

A subtle but evident thread links the phenomenon of urbanization to the growth of diseases such as diabetes. In fact, there is a genetic susceptibility to develop this disease, which is associated with environmental factors related to lifestyle.

Today we know that 64% of people with diabetes live in cities, the equivalent of about 246 million inhabitants, and this number is also destined to grow. Also, most of them – about 80% – lives in low-middle-income countries, where urban agglomerations are expanding more rapidly. Living in the city is associated with a worsening of the lifestyle: this represents a key factor of the increase in this and other non -transmissible diseases – Cardiovascular, obesity, bronchopulmonary disorders, tumors – and international studies highlight the connection between lifestyle of the inhabitants of urban areas and prevalence of diabetes.

“This means that in defining the policies of fighting this disease, the urban context in which it manifest itself must be taken into account: it is essential to plan the development and expansion of cities with a view to preventing chronic diseases, to encourage lifestyles styles healthy. The data highlight how city that do not consider these aspects in urbanization end up contributing to the growth of chronic pathologies, and this situation can become explosive from the health point of view especially in megalopolis. Living in the city increases the risk of developing diabetes from 2 to 5 times, “adds Lenzi.

“The inurbance and the current configuration of the cities offer for public and individual health many risks, but also opportunities to be exploited with a conscious and prudent administration,” he observes Roberto Pella, Vice President Anci and President Confederation of the EU City and Municipalities. “This can be done through a preventive analysis of the social, economic and environmental determinants and risk factors that have an impact on health,” he continues.

The main preventive weapon at our disposal, therefore, is to eliminate or in any case modify these factors. For this reason Steno Diabetes Center, University College London (UCL) and Novo Nordisk created Cities Changing Diabetes ® in 2014 .

“The program is not intended to replace or supplant the considerable work already underway around the world to address diabetes in cities. Specialists, academics, institutions and communities know the problem very well”, he clarifies Federico Serra, Government Affairs and External Relations Director of Novo Nordisk Italia. “The goal is to give life to an international collaboration movement capable of uniting forces to propose and find through the analysis of best practices solutions to address the growing number of people with diabetes and obesity in the world, and the consequent economic and social burden, starting from the urban fabric and experience that seems to play such a large part in this phenomenon”, he continues.

The Cities Changing Diabetes ® program has seen the involvement of seven large cities in these first years: Houston, Copenhagen, Tianjin, Shanghai, Vancouver, Johannesbourg and Mexico City. In 2017 it will be Rome’s turn. “In these cities, researchers process data and carry out research to clearly identify the scenario and understand areas of vulnerability. Furthermore, an attempt is made to understand the unmet needs of people with diabetes, to identify prevention policies, as well as to understand how to improve the assistance network.

Ultimately, you want to locate and understand, through case studies, As certain urban environments favor the onset of type 2 diabetes and its complications “, concludes Serra.